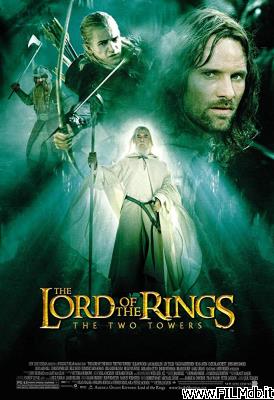 while frodo and sam edge closer to mordor with the help of the shifty gollum, the divided fellowship makes a stand against sauron's new ally, saruman, and his hordes of isengard.
This movie is episode 2 of the series lord of the rings composed by:
1) The Lord of the Rings: The Fellowship of the Ring (2001)
2) This movie (2002)
3) the lord of the rings: the return of the king (2003)

Music tracks of the soundtrack